Why Choosing a Growth Mindset Opens You Up for More Opportunities: Episode 858 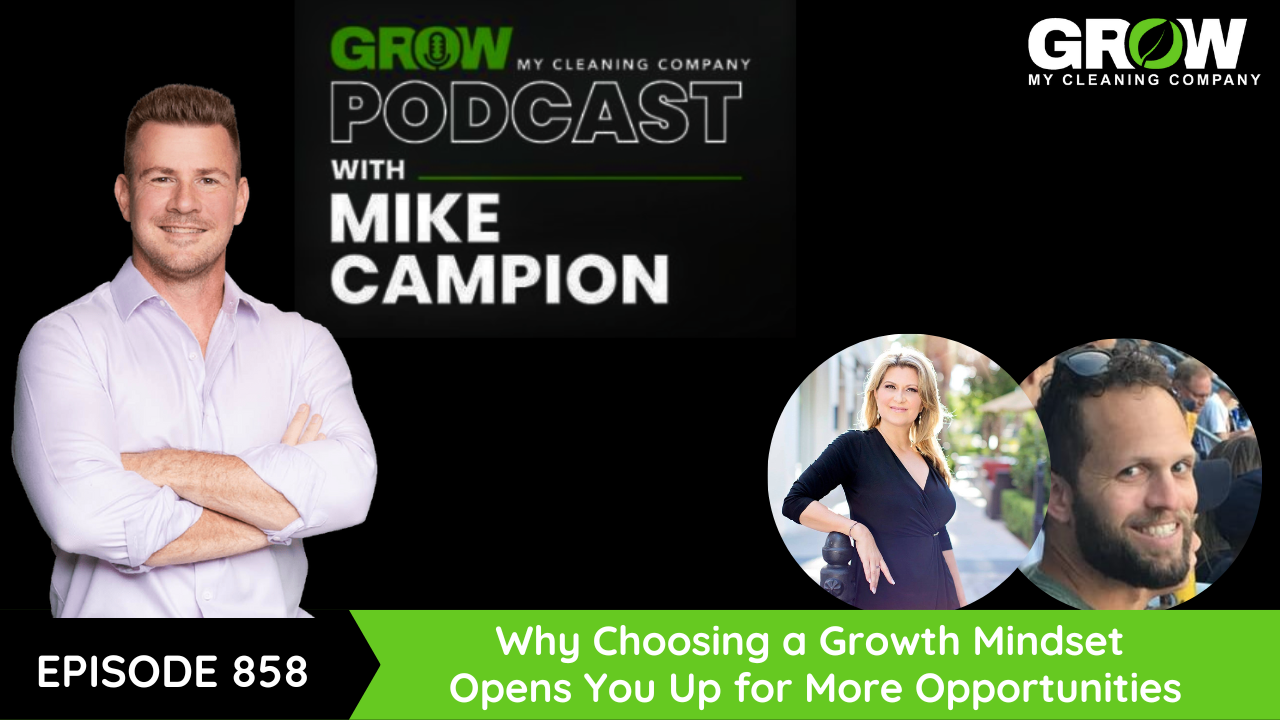 Episode 858 – Why Choosing a Growth Mindset Opens You Up for More Opportunities: Episode 858

Today on the podcast, we have John Torres chatting with our wonderful Tracey Thompson. John started Club Clean back in 2018 in Michigan City. He is here to talk about the journey that got him to start a cleaning business, what he learned along the way, and how it has all impacted where he is today. His inspiring story shows the importance of paying attention to the opportunities that might be less obvious but are right there for the taking if you have the eyes to see them.

A Long Path to Start a Cleaning Business

John never had any intentions of getting into the cleaning business. He originally started a real estate investment company in the years leading up to 2018. When that didn’t pan out after some bad investments and partners, he decided to buy an ice cream franchise. At the last minute, he didn’t feel good about that decision and decided to pull out of that as well. It was during that time that he remembered the story in the bible about when Jesus fed the 5,000. After everyone was fed, He asked his apostles to pick up the fragments of what was left of the food. They picked up baskets and baskets of food that would have been left behind. Remembering this story, John decided to look for the ‘fragments’ that had been left behind in his life. One of those fragments was a janitorial contract that was a great passive income. He decided to see what else he could do in that industry.

John was able to do well during Covid by maintaining employees and as he would lose accounts, he would get a new one to replace them. He stepped away from his business and let it run itself while he helped a friend in another venture for about a year. After a year, he realized it was time to come back to his business to help ensure it continued to grow. But right after he came back on board, they lost a client that represented 40% of their revenue. That was when things started to get real and he had to make some real decisions about what he was going to do moving forward.

Moving to the Next Phase in His Business

John made a pivotal decision when he lost that big client that was providing 40% of his revenue. He decided that instead of viewing it as a loss, he would view losing that client as making room for something bigger and better to come along. And that is just what happened. After setting up a well-functioning hiring funnel, he got a really big account that called for him to hire 25 new people. Then, he got another big account that called for him to hire another 15. Within four months, he had 40 employees, he had almost tripled his employees. He went from about $33,000 in revenue per month to over $115,000 per month. All because he decided not to feel defeated when he had a blow to his business.

Final Takeaway: Business can be ever-shifting and ever-changing. Opening up to that being a positive thing can be such a powerful way to keep that momentum moving forward in a positive way.