How to Grow a Cleaning Business : Episode 294: Mike Campion LIVE 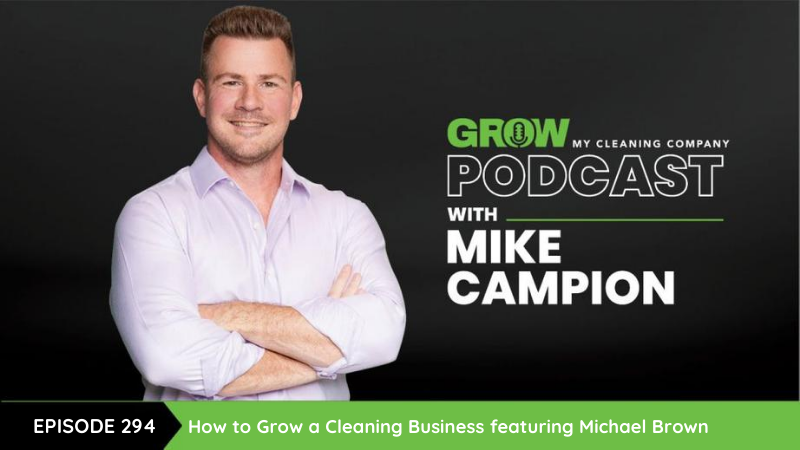 Episode 294 – How to Grow a Cleaning Business

Michael started off dominating with his and his partner’s cleaning company before pivoting to a software as a service business. Originally, they wanted to leverage their knowledge of business and software into their venture and they settled on doing that specifically in the janitorial industry.

Their residential and commercial cleaning company expanded rapidly into three different cities. They routinely had decades-long veterans calling them up asking HOW they were able to consistently win the bidding contracts.

They knew they were onto something when people kept asking if they could license the software from them. Of course, at the time they were just a cleaning company, they knew nothing about how to license software or running a software company! That all changed once they hired coach and planned out their transition over a period of two weeks. It ended up taking around three months to make a full transition.

Now as a software company, they had to figure out a whole new slew of paint points for their target market. That is why they did their own version of the Perfect Prospect Survey. They dialed up different cleaning company owners and actively interviewed them to see what their pain points were.

I teach this exact principle in the Cleaning Profit Method and it is incredibly valuable. Not only do you get real insights into your target market so you can focus only on what they care about, instead of wasting time offering services they don’t need, you also get a chance to upsell them into your customers.

This is exactly what SweptWorks did and they did it with a gusto.

So much of what we do Cleaning Nation is based off our mindset. If we approach something with the mindset of thinking it’s expensive or too hard, we’re likely going to fail. If instead we approach cold calling or facebook marketing with the mindset that we will do whatever it takes to succeed, you’ll be amazed at what might happen and change in your business and life.

When you start something just remember you’ll expect you’ll need to do X when in reality you’ll often end up doing Y.

Keep the mindset that you CAN do this and you’ll increase your chances dramatically.

Alright, stay tune for Part TWO of this interview with SweptWorks coming up next!