How to Get Your Mindset Right Around Your Sales Process: Episode 811 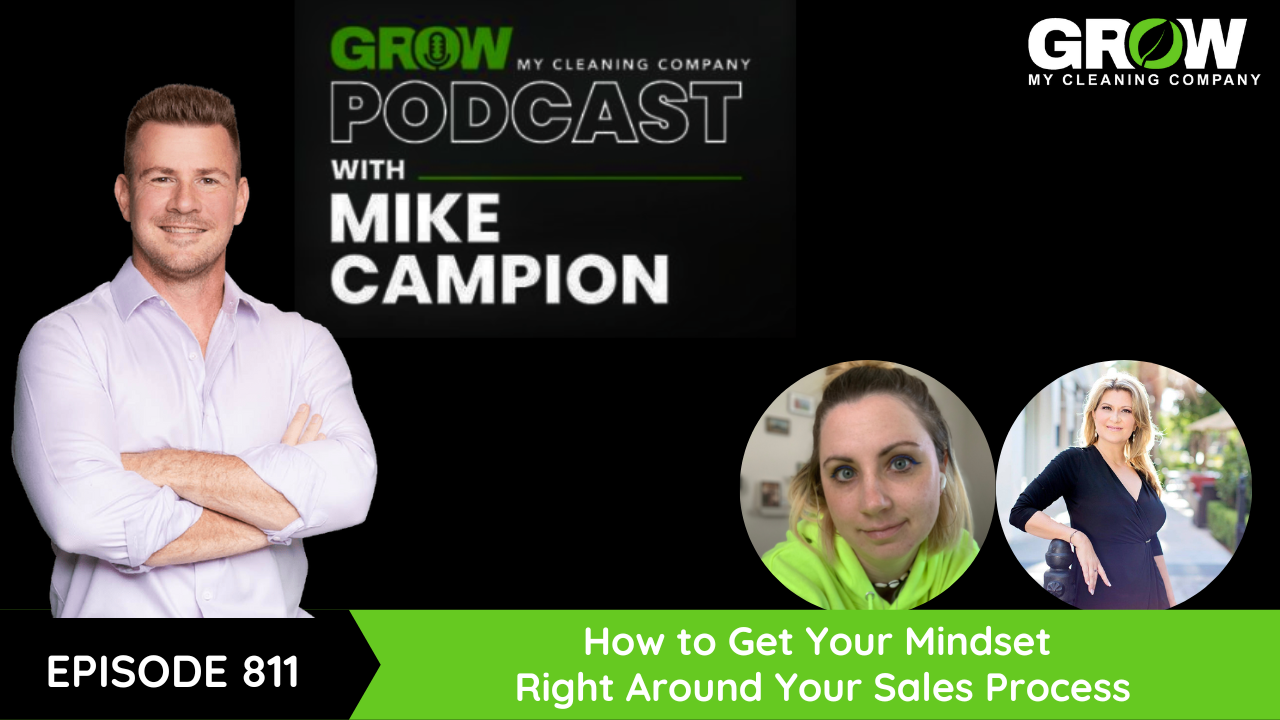 Welcome to the podcast Cleaning Nation! Today, we have Tracey giving a workshop about sales. This episode is jam-packed with tons of information that will teach you how to sell more effectively to every relationship in your life. This can be applied to more obvious business relationships like clients, future clients, and employees, but can also be applied to more personal relationships like spouses, kids, and friends. These skills are essential to communicate effectively and get the results you want. So listen up and take notes!

So often, we think about sales as this really negative thing or a grind. We try to avoid it because we assume people are going to respond negatively to our sales process. But when you make this mindset shift, it really makes all the difference. Sales=service. Sales is a way that you can better serve whoever you are trying to sell to. As soon as you view it that way, it becomes less about pressure, money, or the numbers and more about how I can help this person and improve their lives in some way.

A woman in our program reached out during this workshop and talked about a personal example of how she struggled on a sales bid. In this scenario, she was approached at the gym by a man who was told she owned a cleaning business and that he was looking for someone to start a commercial cleaning contract in the next couple of months. She said she would get in contact with him and then he directed her to his manager in charge. She brought in her manager and they presented the bid to her. Though they seemed interested at the time and said they were interested in working with her company, it’s been a week now and she hasn’t heard back from the original contact.

As Tracey begins to coach her, she points out that rather than agreeing to go to the second point of contact, she should have tried her best to stay in contact with the original man who reached out to her personally since he was the decision-maker of the company. By distancing herself from him, it was easier for him to not reach out to her directly with any concerns she may have had, and ultimately she never ended up hearing back from him. Keeping that contact is crucial to closing a deal like this.