How to Come Up with Job Titles: Episode 685 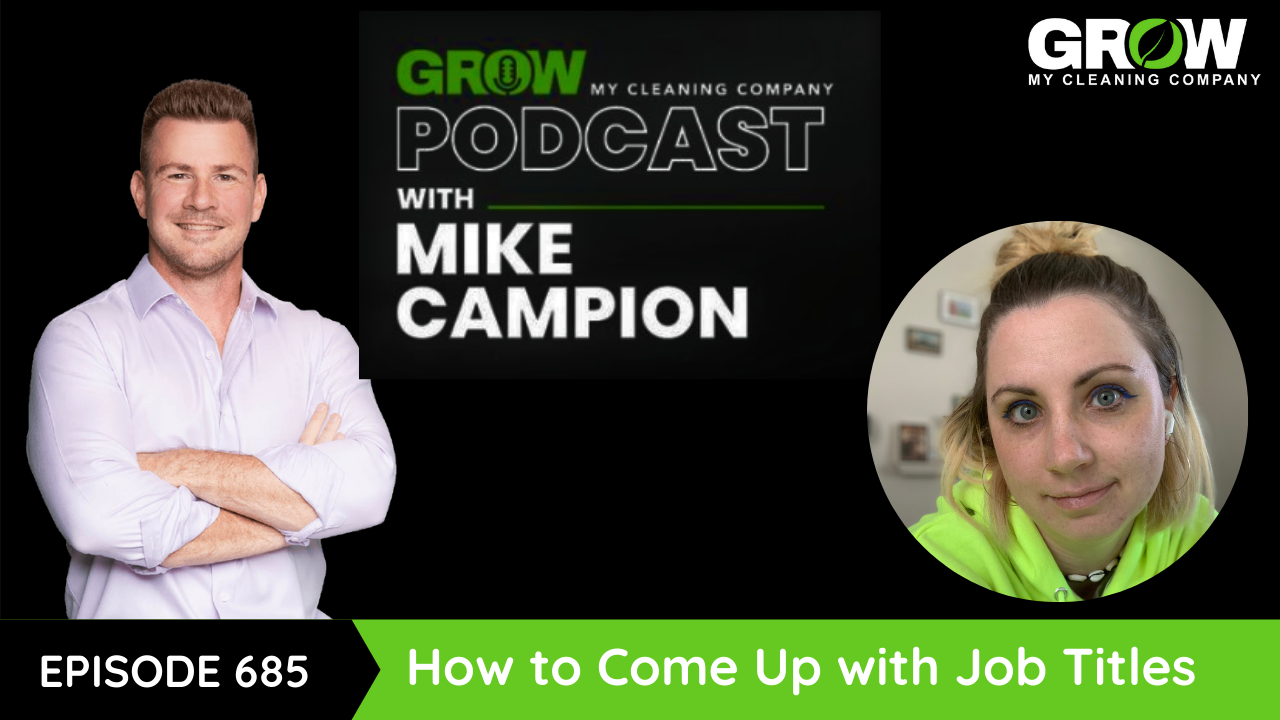 Episode 685 – How to Come Up with Job Titles

Today our Guest is Lindsay Bjorklund, our Client Happiness Manager. We will be talking about a range of things that happen in Grow My Cleaning Company, that aren’t specifically coaching or marketing in our business, but can give you some insight that might help you when growing your company.

How to Come Up with Job Titles

Before we jump into what Lindsay does now, it’s important to note that a lot of cleaning company owners ask us how to hire a VA (virtual assistant) or Operations Manager. Lindsay originally joined our team as a “VA” but in reality we called her role the Operations Manager because that was actually closer to the role. We advise Cleaning Nation to really break down what we want the virtual assistant to do before we come up with their title.

For Mike, he doesn’t usually like the term “virtual assistant” because right in the name, it means they’re going to be assisting him, meaning he has to be working and he doesn’t want to be. So the “virtual” part is fine but he wants a virtual “get crap done while he’s relaxing” person, not an assistant. For Mike, if he has a virtual assistant, he must be working. A better title in this case would be “Doer of Crap I Don’t Want to Do” 😉

What Does the Client Happiness Manager Do?

When we knew we wanted Lindsay to transition to this new role, and before we came up with her title, we decided on the outcome we wanted to have. This was to make sure our clients were happy and continue with us if they were happy. When Lindsay made the transition to the Client Happiness Manager, from Operations Manager, she was excited and she came up with a lot of ideas on how she and our team can make our clients happier and their GMCC experience better. We also realized that if the clients were happy, the operations had to be done. Her new role enveloped her old operations role.

Having that clarity of thinking of the outcome of what you want. Like a lot of cleaning company owners out there, you want your clients to be happy, you want their recurring business, and it lifts everyone. You have to keep in mind that you’re benefiting your clients too and are making everyone’s lives better. Lindsay feels really lucky that we have such a great group of people and have clients to help. They’re just so joyful and getting to interact with them and seeing what our service brings to their lives has changed things for him. Lindsay’s advice to a cleaning business owner, is to look for feedback from your clients, look for feedback of their happiness, and share that with your community. That’ll speak for itself.