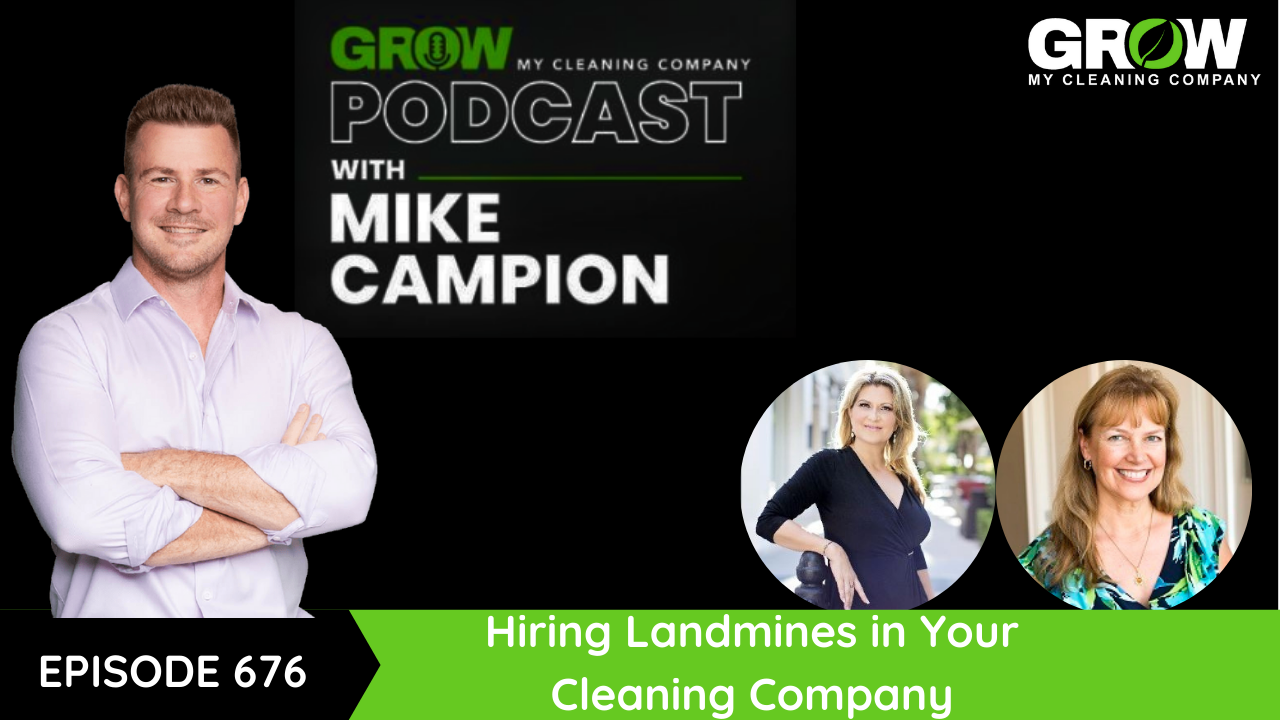 Welcome Cleaning Nation! This is Tracey Thompson, and I’m here with the amazing, incomparable Suzanne Bandick. We are the dual Mindset Coaches on the team for Grow My Cleaning Company. We don’t know when you’re going to be listening to this or seeing this later, but right now, as of July 2021, hiring is the hot topic. We are here today to talk about an interesting mindset topic: Hiring Landmines.

What Exactly is the Current “Hiring Landmine”?

It doesn’t matter where our clients are located and in what country, but we hear this frequently from some of our clients. It always starts with “In my area, nobody is looking for work.”

Some of our client’s problems are that even though they have an applicant fill out an application form, the applicant didn’t show up and if they do show up, they’re not serious. And all that they get is a bunch of losers and they think that nobody in their area wants to work.

Most of their problems, especially in these days of the pandemic, governments are paying people to stay at home. And they just lose their hopes that there’s no way to hire people, even though they are desperately needing cleaners right now. And they’re trying everything they can.

A Helpful Mindset for the Hiring Process

Even though there’s a bunch of external “landmines” that you cannot control such as nobody good showing up and you’ve even tried every platform; or the government basically paying everyone to stay home… you cannot control it. You know that you’re not in control of external problems out there. But the good news is, there’s one thing that you can control: You are in Control of Your Mindset. That is an internal “landmine” that you can control!

Imagine that even if you’re thinking, “Okay, I’m pretty convinced that I have tried everything. I’ve done it all. I’m, you know, doing my best.”

This is an example of Play Not to Lose Versus Play to WIN, and that was something that we just talked about in our prior podcast.

Let’s say the government is still paying people for unemployment and that’s still going on in your area. The part of this that is not useful, and that can be changed is, that means nobody wants a job right now and they would rather all of everybody would rather stay home and sit on the couch.

Our point is, the real number one strategy is to separate out what’s fact and what’s a story you’re making up. Then ask yourself the million dollar question: “Is that story helping me accomplish my goal or not?” If NOT, then switch it and turn it around. Challenge it with a powerful question. “Is it true everywhere all the time with everyone?” That’s a good question to ask yourself if you’re challenging a belief or a thought. And if that’s not the case, then it’s a lie. It’s not true and you can change it!

Write it down, and from there, that’s when you can start working with these stories and shifting them and turning them around for your good. And that’s when creativity starts to open up then the answers come.