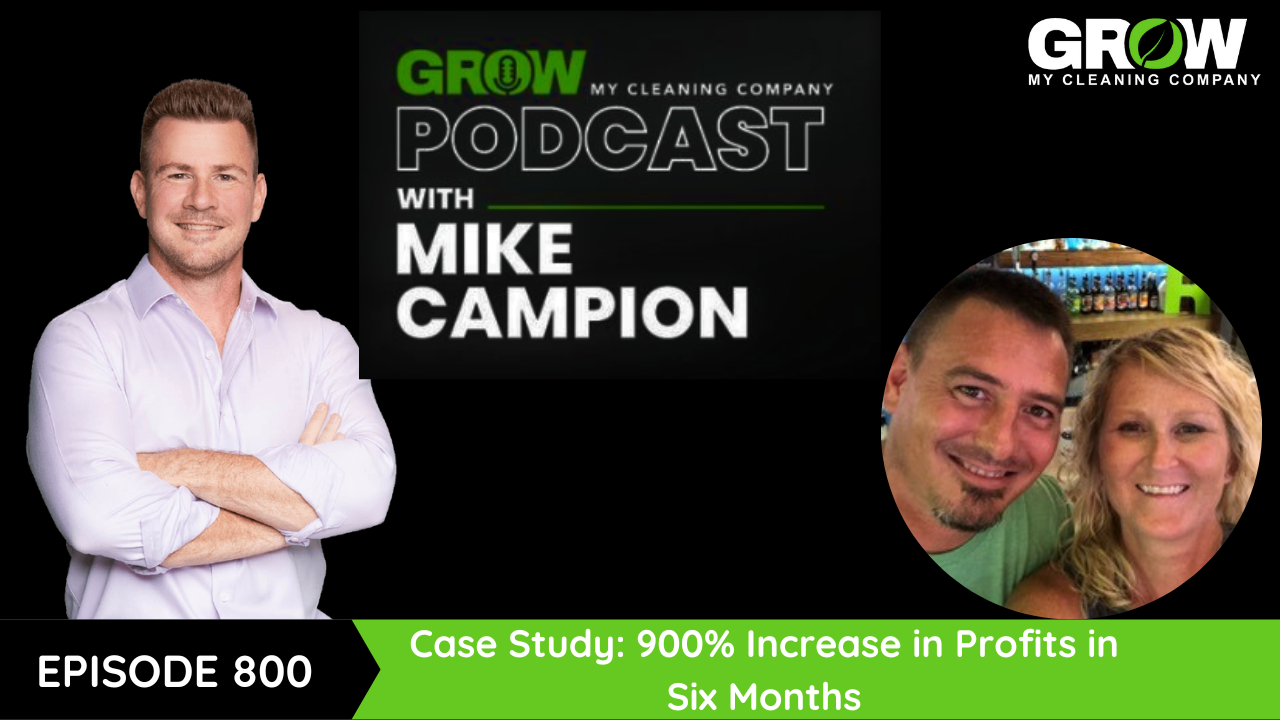 Welcome to the podcast Clean Nation! Today, we have Mike chatting with Tom and Brandy Clements. They have been in our Next Level program for about six months now. When they came to us, they weren’t really profitable and had a lot of monthly clients which was lowering their profits. Listen in as they chat with Mike about how much things have improved for them and what they have done that has really made the difference.

What Needed to Change

Before Tom and Brandy started our Next Level program, they weren’t very profitable even though they had over 120 clients. Lots of their clients were monthly, and lots of them were really hard to please. No matter how good of a job they did, they always wanted them to come back and fix something. So they were working hard and not taking home very much money. They wanted to change their approach to start working less in the business and clear more profit.

The First Changes They Made

After learning from Mike and discovering some of the systems they could be taking advantage of, they started to make some real changes in their business. They stopped taking on clients who were really far away and started focusing on those who were closer to them. They stopped taking on monthly clients, and told their current monthly clients they could either change to bi-monthly or find someone else to clean for them, and they got rid of the clients who were more headache than they were worth. Many of the clients they had were good to work with and agreed to become bi-monthly clients thus maintaining or increasing their profit without having to replace the clients they dropped for being difficult to work with. By making these changes, things started to become more enjoyable and less overwhelming not to mention more profitable.

Brandy and Tom have owned their cleaning business for 18 years. When they joined the Next Level program, they were making 2% profit. So even though they had a good amount of clients, they were making so little money they were on the verge of going out of business. They were also working 60-80 hours a week in the business. Within 6 months, they increased their profit to 18%, and even though they have lost 19 clients, they make significantly more money than they ever have. They decided to stop being the cheapest in the field, and start being the ones people could rely on and depend on. And they charged a premium for that and people have been happy to pay. It was a real surprise to them, but people have continued to say yes over and over again. Not only that, but their clientele is much easier to work with than they were previously.

Final Takeaway: Rather than spinning in what isn’t working and putting more and more into a sinking ship, having the courage to do something different, take risks, and hire experts may take your business farther than you could have ever imagined.