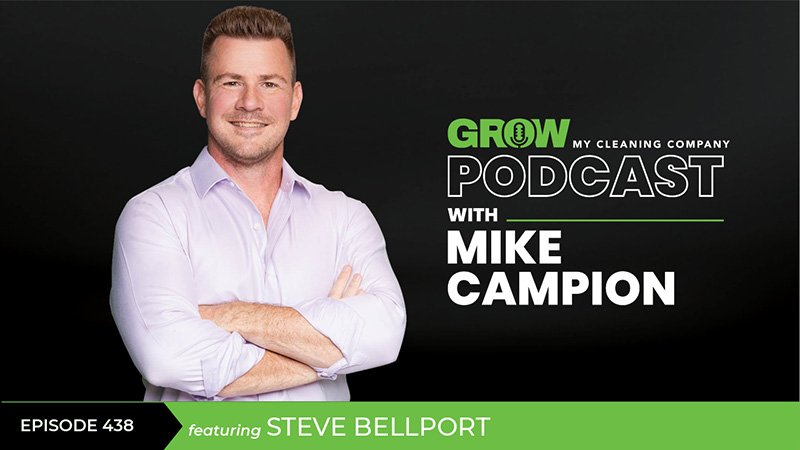 Today’s blog features some questions from the facebook live ‘Special Case Study with Steve Bellport’ who started his business ‘Pressure Cleaning’ in 2004. He had stumbled into automobile pressure cleaning and was cleaning with himself and a small crew, but had found his company was growing too quickly and he was not  able to keep up with his demand before he met Mike.

Mike: What was your biggest struggle?

Steve: “We got big enough to where the revenue was coming in and it was paying the bills, but I was getting nowhere. I was looking year over year and I was never able to put money aside, you know I was investing back into the business, I just noticed that year to year I wasn’t seeing any real growth, just getting by.”

Mike: “Many members of cleaning nation reach a breaking point that leads them to start searching for help, but it doesn’t seem to be that way for you, what made you think that even though it was good you wanted great?

Steve: “In 2016 we had a dealership ask us to come to their site full time and start detailing, and I was honest with them, I let them know that I didn’t have any experience with detailing cars, and I later realized that they took me on because I was so cheap.

Mike: “Let that be a lesson to anyone in cleaning nation that sounds familiar to, When you get a job like that and they seem super excited, it may be a sign that you’re under bidding. You want to have systems and processes so that you can bid confidently and you need to know that you can say no to a job.

Steve: “So after two years of doing that, it had added probably Three Hundred Thousand dollars of revenue, but at the end of the day I had less than 10% net profit. You know I had 15 employees, and was working 6 days a week, I just realized that I didn’t want to do that anymore. Even though this client took a majority of my time, I made less net profit then before we took them on. I then realized that I couldn’t do it and we pulled out of that. That’s actually when I found your videos. I had been looking into different niches but just felt completely lost, and as I was watching your videos a lot of things really stuck cords with me and I was reading good comments on your videos and I knew I had to find out more.

If you enjoyed this and would like to watch the rest of the video on facebook with the live comments, click here, and if you are still hungry for more, head over to this link and find the most suitable time for you!