Get All The Clients You Want: Episode 538: Mike Campion LIVE 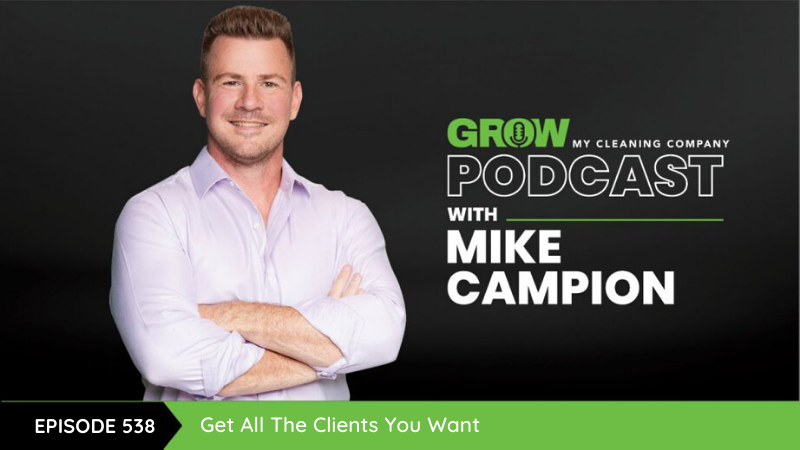 Episode 538 – Get All The Clients You Want

I had NO IDEA:

Here’s a fact for you Cleaning Nation: I started out in every business with NO IDEA how to get customers. I did a BUNCH of work and customers would trickle in, but I had no idea what I did that worked or more importantly, how to do it again! I KNEW I needed to be able to get customers to grow like I wanted. I KNEW I could do the work, if I could just get them to choose me, but I didn’t know how.

To be the “big successful” businessman I desperately wanted to be and to be recognized as, I knew I had to figure out this “marketing” thing. I paid this guy and that company to build websites, send out Money Mailers, radio ads, SEO, PR, I threw money at everything, but nothing REALLY worked. This created a sneaking suspicion none of it really worked and at the end of the day it just came down to price and luck. It was so frustrating to keep putting the keys to my growth in OUTSIDE companies hands- they let me down EVERY time. Most either were “affordable” but didn’t know what they were doing. Or when they were AWESOME and did know what they were doing, they didn’t want to help me or they were crazy expensive and took all the profit! This drove me NUTS because I KNEW if I could just fix this ONE thing I could have all the growth I wanted. It was so frustrating spending money on things that didn’t work. The people who could do it seemed like they were wizards and I felt like they couldn’t do it in MY market.

As usual, the thing that really kept me from success was my BELIEFS that it was luck, or magic, or couldn’t be done in my area. The worst “secret” belief” was that I PERSONALLY couldn’t do it. I wasn’t born with the “magic”. This cost me MILLIONS of dollars, in revenue and profit both running and selling my businesses. More importantly, it cost my employees the opportunity they could have had, and my ability to help MORE people. I spent DECADES trying to provide better service, learn to be a leader, and get smarter at finances. These are all excellent things, but the reality is, without a repeatable, scalable, dependable way to get more qualified leads than I needed to hit my growth goals, I was NEVER going to reach my goals!

The Big Shift for me:

When I sold my last brick and mortar business, I wanted to help other people grow and I wanted to finally “figure out” this whole “online marketing” universe. I invested in a lot of amazing mentors, but the big shift I got probably came from Russell Brunson who helped transform how I thought of marketing. He’s a character as you can see in this pic of us below 😉 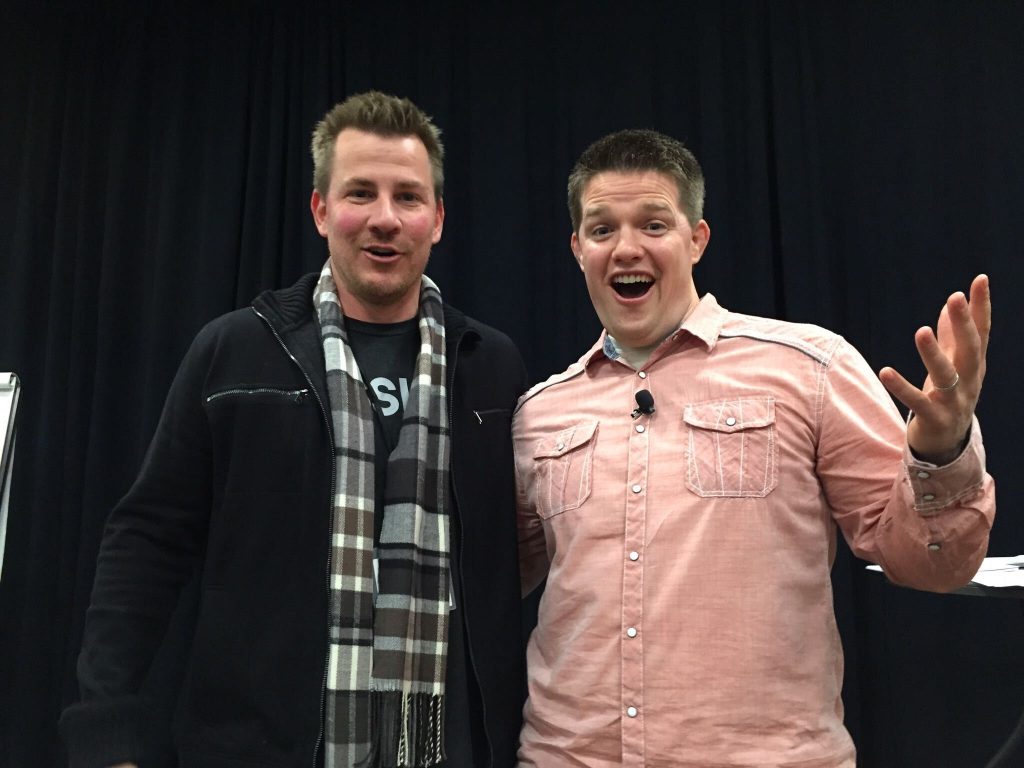 He helped me move from media based advertising, (ii.e. – Radio, FB ads, google, etc) to creating a FUNNEL for my people to go through.

Before, I was stuck with paying for advertising and telling people to call me. I would rarely track WHO called or how much they spent so it always felt like I got “some” clients, but I was losing money and certainly NOT growing like I needed to.

Russell helped me move to a funnel, so instead of asking for the sale right away and hearing crickets and tumbleweeds, I could get the right people to raise their hands. I would do this by offering them something they wanted for free, or a risk free situation, and continue to GIVE them VALUE instead of asking them to buy something! This moved from asking people to buy and getting nothing to giving value and people lining up!

This funnel approach requires new say of thinking It require you to stop thinking about getting clients as “luck of the draw” and start thinking about it as a systematized process that can be repeated and scaled!

Not only did I fix my number ONE roadblock to growth, it transformed my business! I could fire bad customers, or not even take them, charge enough to make good money and blow people away, say yes to bigger and bigger opportunities! The best part is it finally gave me the confidence to grow as fast as I want and KNOW that I can build as big of a business as I like and serve as many people as I was put on this earth to serve!